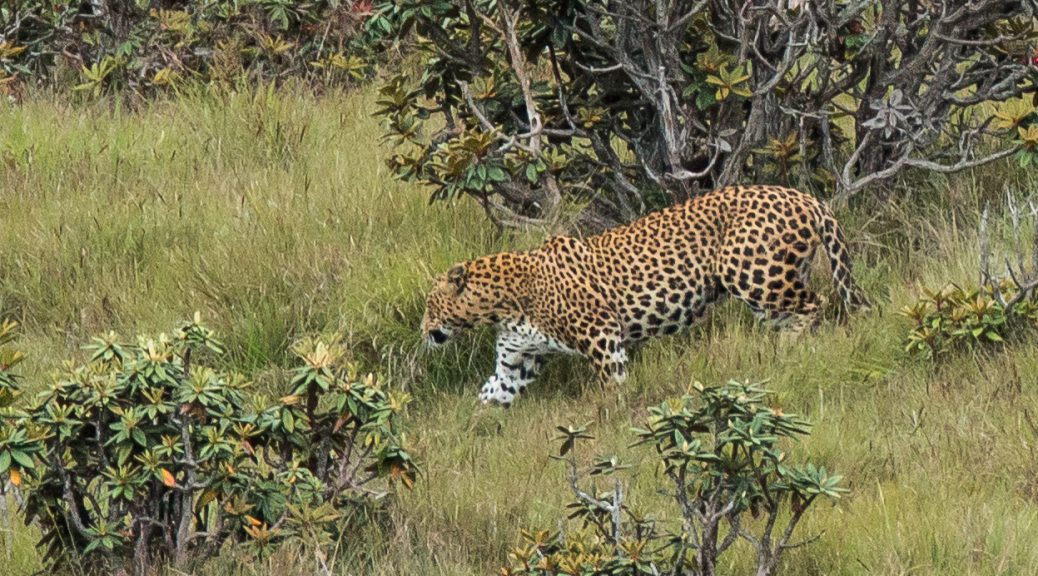 Horton plains are all that remains of the once vast expanse of the “Maya Rata” or the Maya Kingdom named by the ancient kings of old, a land filled with deep dense forests, misty highlands and respected and preserved as an important region as the headwaters of three of Sri Lanka’s major rivers the Mahaweli, Kelani and Walawe. Over time, with the colonization of the island by the British, these once sacred and protected lands were cleared out to grow coffee and thereafter tea. The once pristine “cloud forests” were now covered in green tea fields. What remained of most of the wildlife from elephants, leopards, bears and much more either died out or moved down to the lowlands.

The expansion of man even post-independence has resulted in a small and fragmented habitat in the clouds. Of which one of the most well-known and often visited locations is Horton Plains, National Park.

A high elevation plateau located in the central highlands, these lands visited by the English explorers revealed a land lost in time. Of misty rolling plains, home to vast herds of Sambhur, Sri Lanka’s largest species of deer, and many other natural wonders.

Horton Plains is one of Sri Lanka’s most visited tourist sites and very popular with local visitors as well. Namely due to the scenic landscapes, as well as the walk to the “Worlds End View Point” a sheer cliff point at one corner of the park which showcases stunning views as far as the eyes can see, as well as Bakers Falls, named after the notorious English hunter Sir Samuel Baker.

With an average elevation of 2000-2300 meters above Sea Level, these lands were once home to large herds of elephants, but over time with constant hunting, the giants of the land were either wiped out completely or driven down to the lowlands.

And yet, what remains are truly wondrous. The plant life is unlike any other found on the island, with most of the trees, shrubs and plants found here being endemic to Sri Lanka. These highlands are home to a vast array of unique endemic, resident and migrating birdlife.

Many of the endemic birds of the island are found here, including the Sri Lanka Scaly Thrush, Dull Blue Fly Catcher, and Yellow Eared Bulbul. The two most sought after and equally highly elusive are the Sri Lanka Bush Warbler and the legendary Sri Lanka Whistling Thrush also known as the “Arrenga”

The grasses on the open plains are vital grazing grounds for Sambhur the largest deer species in Sri Lanka. And among the grass and the dense forests lies a secret predator. The Sri Lankan Leopard is the undisputed king of these plains. And yet, many do not know of their existence.

The leopards of Horton Plains seem to be large and have broader facial structures compared to their lowland counterparts. The cold weather and abundance of high-quality protein in the form of Sambhur may have resulted in these physiological changes.

Despite their size, the tall grass easily conceals their presence as they can easily crouch and stalk through these tussocks without detection to man or Sambhur.

These mysterious predators venture down to the villages and towns lower down seeking easy livestock from time to time such as goats, chicken and even village dogs.

Catching a glimpse of, let alone a good photograph of these elusive big cats is an almost impossible task. And yet for those with experience and a good pair of “eyes” luck can run in one’s favour from time to time.

Often seen on the fringes of the forest edge, these cats use these areas as good vantage points. Further, any unusual blobs or colour variations in the grass need to be kept a close eye on. The best evidence of their presence is with the alarm calls of the Sambhur and the Purple Faced Leaf Monkeys, who are all prey species of the leopard. Predicting their location based on these alarm call is a challenge altogether, as sometimes these animals give out the alarm if they get a smell of the leopards’ presence rather than a visual of them. Further Sambhur behaviours such as the tail being raised or foot stops are signs they are alarmed.

If one is truly lucky, the drives up and down between the Pattipola and Ohiya entrances can give chance to find a leopard crossing the road right in front of you. These are extremely rare and once in a lifetime encounters. Usually, they are so sudden one takes a few seconds to catch one’s bearings and mostly no time to take a photograph.

One of the last wilderness refuges in the mountains of the island, Horton Plains remains a fragile and sensitive ecosystem that requires stringent protection and conservation efforts to preserve it for future generations.