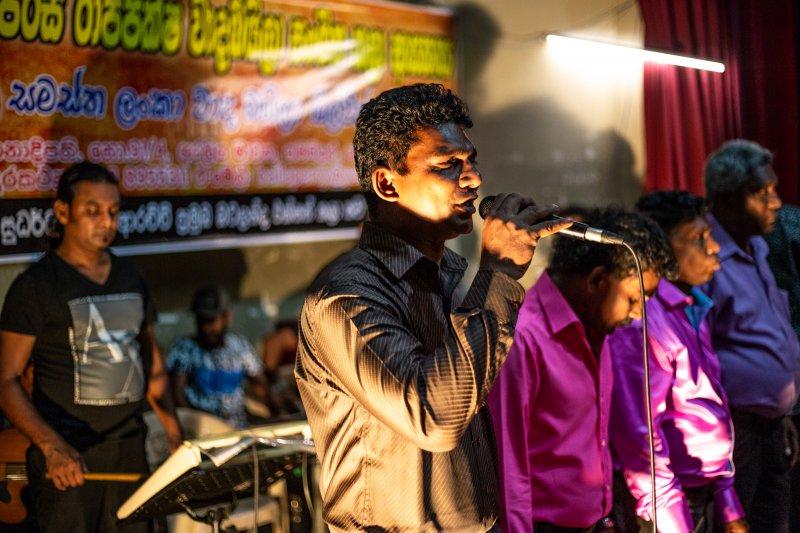 A traditional content would commence with a first-round where each of the contestants sings on their faith. The next round focuses on paying respect to parents, teachers and elders. After the show begins, the gloves come off as the contestants are pitted against each other in an unrelenting lyrical contest.

Some of the vaada baila singers popular at the time were Maradana W. A. Ruban Perera, Modara Justin, Ratmalana T. D. Gunathilake, Dematagoda B. Don Richard, Rajagiriya Marshall, Punchi Borella T. S.D. Siriwardena and Welikada Sunil Atapattu – who all followed the convention of taking as part of their names the localities they represented.

Classic Sri Lanka in its tradition of showcasing the “real Sri Lanka” can bring this traditional art closer to you by organizing a unique Vaada Baila show with two of Sri Lanka’s foremost lyrical champions. An atmosphere and experience as authentic as it gets, mingle with local baila enthusiasts and witness this long lost tradition come to life and pick the winner. Even though the language of these verses may be unknown to you, the atmosphere and interaction with the local communities and their celebration of music and life are what makes this a truly authentic and immersive Sri Lankan experience.