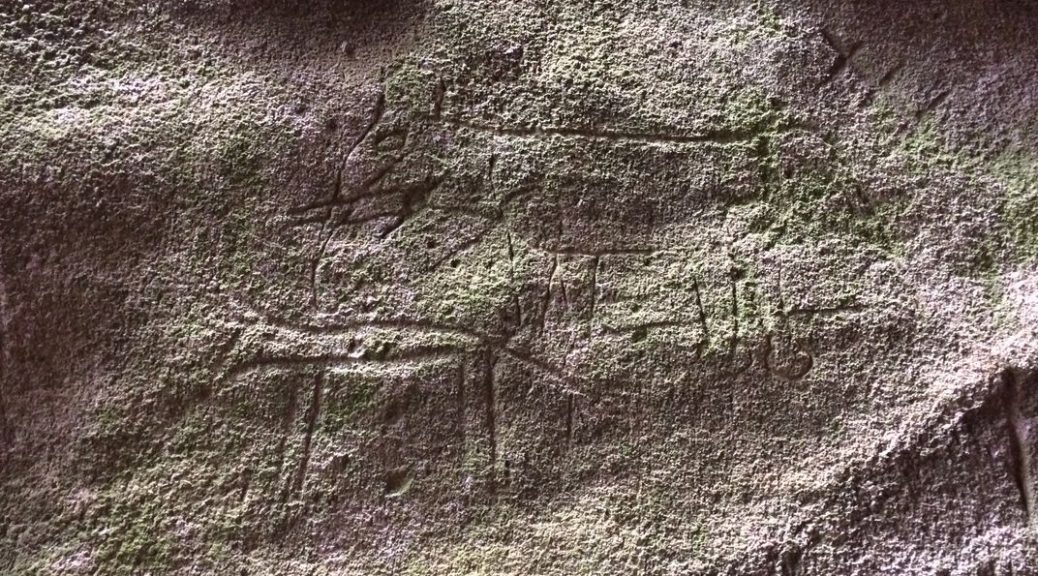 Located amidst rubber plantations, the ancient ruins require a short trek. At first sight, the caves would be hard to truly make out, as it magically appears as the trees part ways to bring to the fore two massive rectangular rocks which lean on each other. The eerie cacophony of bats who call these caves home welcomes the visitor who dares to enter these dark caves.

There are several ancient carvings on the walls of these rocks, and they have been numbered by the Department of Archeology. With a flashlight, it is easy to make them out. The markings range from ancient scribbles known in the local language as “kurutu gee” and also the carving of animals of which the most well-known is the carving of an elephant and its calf.

A major breakthrough for the country’s history and archaeology the discovery of these caves and subsequent excavations revealed the existence of ancient civilization during the Neolithic Period which is the transition period between the Stone Age and Copper, Bronze and Iron Ages which gradually arose with farming. The carvings on the rock seem to have been made with iron tools, and some further excavations revealed evidence of millet grains, fireplaces and even pottery that were unearthed in the caves. It is believed to have been home to two or three families.

An off the beaten track and yet an interesting site to visit to discover our ancient past, the Dorawaka Caves are one of many amazing Neolithic sites found in Sri Lanka.