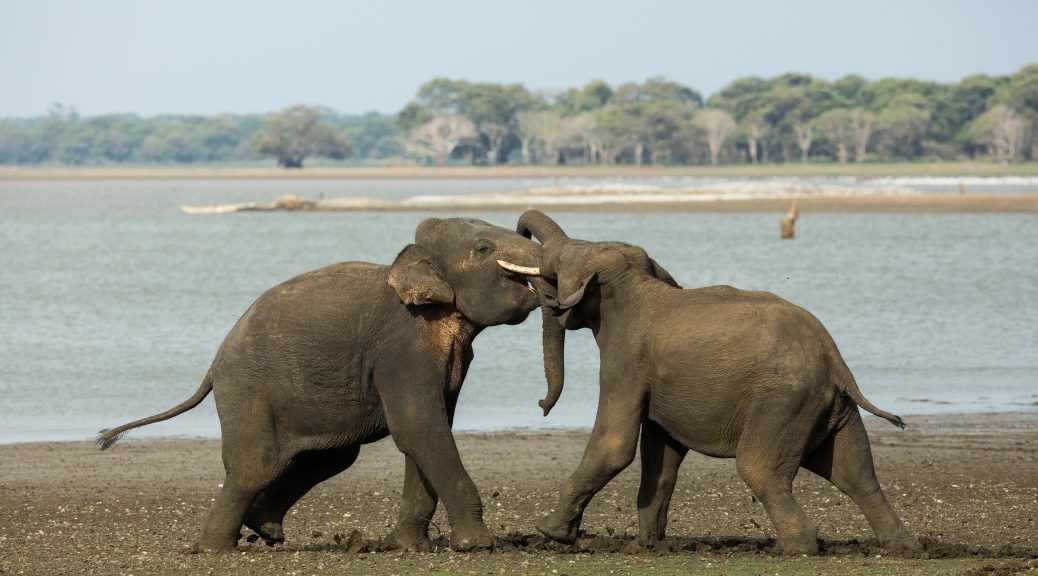 Throughout the years the tusked males of Sri Lanka have been diminishing gradually, due to many reasons. From the times of the kings of old, the elephants of Sri Lanka were prized and hence many were exported to neighbouring kingdoms. More tuskers were prized as beasts of war and stately purposes which also could have affected the wildlife population. Finally, as the colonials arrived, elephants were considered vermin and they were killed in their thousands for sport and pleasure. Among those killed the tusker would be a prized trophy hence targeted even more. Post-independence many land management and allocation projects further marginalized the wild elephant populations. Big elephant drives such as the ones with the Deduru Oya herds further resulted in the deaths of tuskers and elephants alike. As a result of these actions, we now end up with a small fraction of the tuskers that would have been roaming the island. Instead, we have mostly tuskless bulls or “Makhnas” as they are referred to in mainland India. The superior feature of ivory on these bull elephants is gradually being lost through time. Tuskers constitute only a very small proportion of the entire elephant population and are scattered across the dry zones of our country. To encounter one in the wild is extremely rare, and when I do find one, the spiritual and emotional connection I have when making eye contact with him is beyond words. I sometimes feel they are trying to tell me something, perhaps they know that their days in this land are numbered and that their future is uncertain.

It may come as a surprise to many that the majority of tuskers and elephants are found outside the protected national parks and sanctuaries. These giants are scattered across small pockets of forests that are surrounded by an ocean of human settlements. When I venture into certain areas in search of them, I am in shock that such large animals could live in such a small space just next to a busy, bustling town. This is the harsh reality these elephants have to face.

Over the decades the habitats of these animals have shrunk whilst thousands of human settlements have sprung up around them. This isolation has resulted in the loss of lives from both sides of the fence. Due to sheer desperation, the villagers in the conflict areas have resorted to drastic means of retaliation such as the use of the dreaded “Hakka Pattas” which is a small homemade explosive which is hidden among vegetables, waiting to explode in the mouth of an unknowing animal. The death from such a device is astoundingly agonizing, and it takes days to finally succumb to the horrific injuries. In turn, villagers may lose their fathers, mothers and children overnight when they are caught unawares by a marauding pachyderm. I personally feel this is a war in which we cannot blame any side, as both are placed in a situation of utter desperation and hopelessness.

When I think about the plight of the wild tuskers, I sense a very heavy feeling in my heart, because I know their future is unsure. Do tuskers and elephants still have a place in a fast developing Sri Lanka? Will he have a future where the only remaining tuskers are those poor creatures who spend their lives in chains and occasionally parade themselves in lit-up costumes to appease a nation’s view on culture? These are questions to which I do not hold the answer.

The fate of the tuskers and all other wildlife lies in the hands of every Sri Lankan, not only the poor villagers or those that are in power. It is within every one of us.  The deciding decade is upon us, and the choice is ours to make.