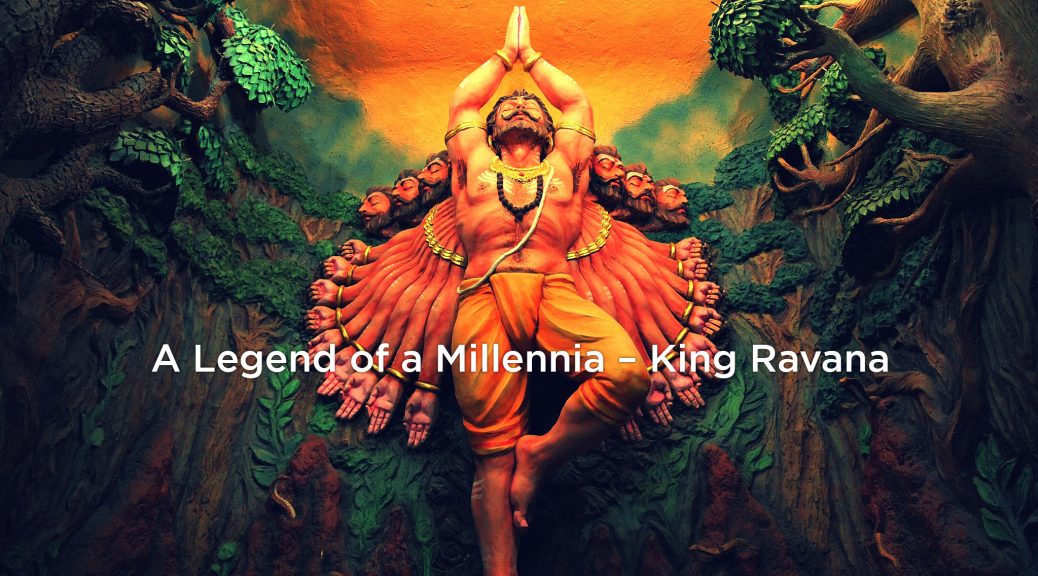 According to Ramayanaya, Ravana is called as the Demon King of Lanka and said to have ruled the country over 5000 years ago. The Indian text depicts the king as a villain and tyrant who cruelly kidnaped Rama’s wife Sita as an act of vengeance from Rama and his brother Lakshman for cutting off his sister Surpanakha’s nose.

Although he’s shown as a vicious figure, Ravana is portrayed in Lankan myth as a Noble king, a devout follower of Lord Shiva, a mighty warrior and an intelligent scholar.

As the Hindu mythology reads, Ravana is a son of a sage. Lanka was an idyllic city built by celestial architect, Vishwakarma and was the home of Kuwera, the treasurer of Gods. Ravana was a great ruler who bloomed the country, and he has said to have ruled Lanka a several hundred years before the Ramayana took place.

Legend states that Ravana was a great scholar, a master of Ayurveda medicine and an Inventor. The story tells about a certain flying machine he possessed, called, Dadumonara – a golden peacock. Thotupola Mountain in Horton Place National Park was believed to be one of the landing places of this magical machine. Apart from that, he’s also mentioned in several Hindu literature as a ‘Ten-Headed person’, which is given said to mean his immeasurable intelligence.

However some folklore, historians and archaeologists believe that the legendary character of Ravana was in fact associated around a real king who once ruled Sri Lanka from 2554 to 2517 BCE.

The Rumassala Mountain, located in the Southern of Sri Lanka, is where unique rare herbs grow, none like anywhere else in the country. Legend says that a part of this mountain was allegedly brought to Sri Lanka by Hanuman-the monkey king from the Himalayan Mountain range, to treat the fatal injuries of Rama, during the great battle. The herbs were left there and the plants grew into the Lankan soil with time.

A trail of limestone shoals between Rameswaram Island and off the south eastern coast of Tamil Nadu, India plays a huge role in the legend of Ramayanaya. This bridge is believed to be created by the Monkey king Hanuman to make a path for Rama and his army to enter Lanka. Investigations by the ‘Indian National Remote Sensing Agency’ has discovered that these shoals were man-made and was created over 5000 years ago.

Though this legend was never proved, there are many instances of sites and beliefs that stir up doubt. The location of Seetha Eliya next to the Seetha Amman Kovil is also a part of the legendary storyline. The famous stream here is said to be where Sita used to bathe while held captive.

In Hasalaka, there is a site called Seetha kotuwa, which is said to be the place where Seetha was held captive.

This Cave has a series of secret passageways that lead to various places which are said to have provided quick transport through hills during the time. Studies regarding the cave shows various evidence of its man-made influence as well. Located in between Bandarawella and Ella, this tunnel may contain some truth regarding the legend after all.

Travel to Sri Lanka this holiday and unveil the Ravana mystery by yourself!